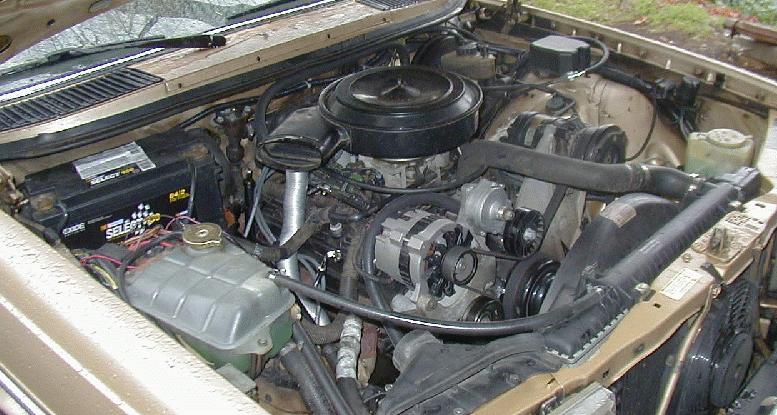 Here's a shot of the engine bay after I've been test driving the car. Note that the VSS sender wasn't installed yet - it goes inline in the throttle cable real close to the fuse box at the upper right in the picture. You don't want to drive the car in hot weather without the VSS sender unless you have made other provisions for locking the torque convertor, as the transmission will eventually overheat if the TCC doesn't lock up. I made the radiator hoses up by cutting the Mercedes hoses and some old Chev hoses I had and joining them with some tubing. I don't have the cold air pickup for the engine installed yet in this picture. Also, the A/C hoses aren't connected yet. Looks pretty stock appearing, doesn't it? 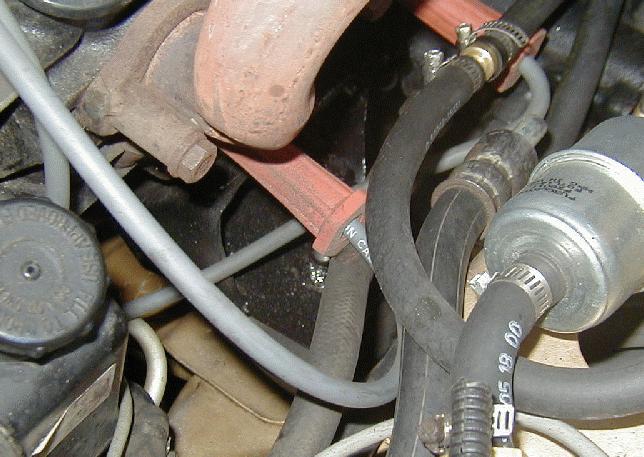 Here's a shot down towards the drivers side motor mount. It's pretty covered at this point by fuel lines and power steering lines. You may be able to see the nut welded on top of the plate. 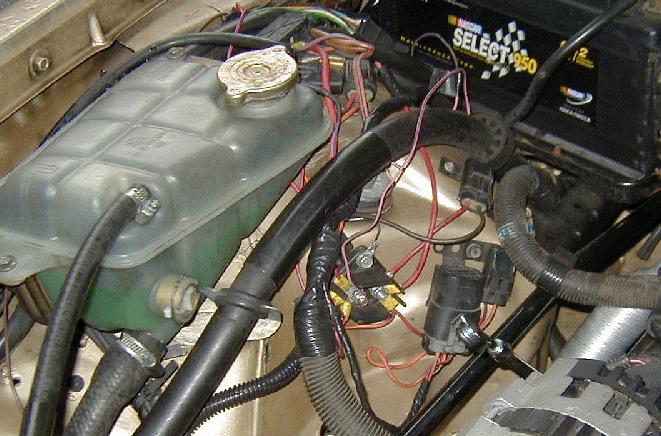 Here's a shot of the passengers side inner fender. The black thing under the dipstick is the fuel pump relay and fuse. To the left of it is the engine wiring terminal block - it has +12 on one post and +12 in the on or start position on the other post. There's a relay mounted just to the left of the water tank (not visible in this picture) that is energized by an ignition line that used to go to the glow timer unit. When operated, it connects the two posts together.+ Note the extra wire that's running over the A/C line - a temporary line that went up to the LED I used for ECM error code readout until I finished wiring the ALDL harness. All engine wiring is unpluggable or easily removeable so the engine can be removed easily if necessary. Note the 6 wire plug close to the battery- it connects all the signals needed for the ECM from the body wiring, not counting power supply wiring, which all goes to the terminal posts. The posts are different sizes, and I used different sized connectors for each post to keep the wiring easy to remove and reconnect. 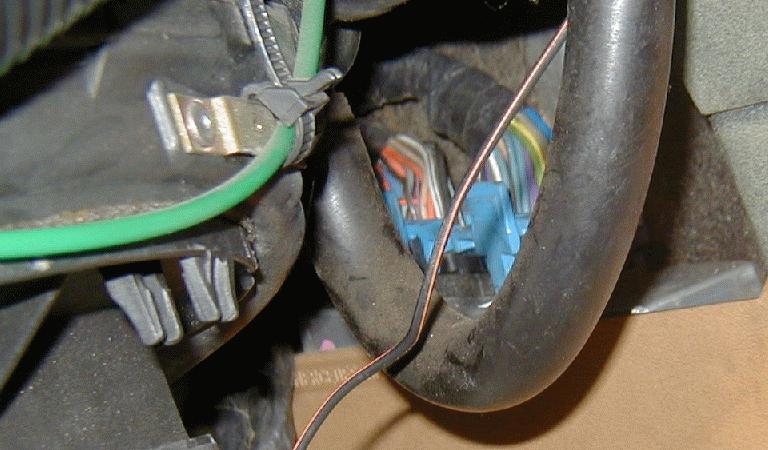 This shot shows the location of the ECM - it's mounted behind the right side kickplate. You can see the two ECM connectors (blue colored), plugged into the top of the ECM. The black hose that loops down and then up in the picture is the one that goes to the cabin temperature sensor. It goes up and across above the top of the glove box, then connects to a piece of foam tubing, used as a sound deadener, and then to anther piece of tubing that ends up at the sensor block. The heater motor is at the lower left in this picture.